And its relation to understanding spectrum & hyperactivity disorders

Ever since the industrial revolution and emergence of consumerism in the early 18th century, there has been dramatic and seemingly never-ending availability and demand for commercial & mass-produced products.  Unfortunately, the cost isn’t just to our wallets, but to our health and the health of those around us.

Alongside the preservatives, additives and the like that we are consuming from ‘shelf foods’, we are also more than ever exposed to everyday environmental pollutants, chemical exposures, and heavy metals. It is amazing how much we are exposed to in just the first 20 minutes of our day from products we use on our face to detergents we use to clean with to the commercially produced foods we consume. These chemicals and heavy metals day after day, week after week, year after year if not excreted efficiently will build up in our tissues and can:

There are many biological functions that look after excreting harmful toxins and with an overload to the system our liver/kidney/bowels/skin become sluggish – and to compensate for this our body stores these harmful toxins in fat tissue so that they are not as toxic. This mechanism although thought to be protective in the short term, will eventually become saturated and leak back into the blood causing toxic symptoms.

By understanding this cycle we can then see why there has been an increase in incidence of spectrum and hyperactivity disorders such as autism, ASD, ADD/ADHD.

The aetiology of ADHD is complex and is associated with both genetic and environmental factors. Studies conducted on twins have provided strong evidence for a genetic component to the disorder, which, in combination with other biological factors, is likely to underlie the neurological deficits that are exacerbated over time by environmental influences.

There are a number of studies that have emerged that are really pointing in the direction of linking toxicity in the modern world and neurological conditions in children.

In 2006, US researchers Philippe Grandjean and Philip Landrigan published a list of industrial and environmental chemicals that cause serious neurological and behavioural problems. The list included lead, methylmercury (from fish containing high levels of mercury), engine coolants, arsenic and a solvent called toluene.

“The greatest concern is the large numbers of children who are affected by toxic damage to brain development in the absence of a formal diagnosis,” said Philippe Grandjean, adjunct professor of environmental health at HSPH. “They suffer reduced attention span, delayed development, and poor school performance. Industrial chemicals are now emerging as likely causes.”

The researchers recently added 12 new substances to the list, including some pesticides (which can cause developmental delays), dry cleaning solvents (linked to hyperactivity and aggressive behaviour) and fire retardants (which may cause developmental disorders), bringing the total number of chemicals that damage the brain to 214.

Pre-, peri- and postnatal environmental factors play an important role in the pathogenesis of ADHD.

Biological influences that have been associated with ADHD via their impact on brain development and neurological functioning include exposure to lead, mercury, and pesticides, as well as prenatal exposure to tobacco. We know that malnutrition and dietary deficiency also play a role in ADHD risk. Some of the evidences which have guided these findings are noted below. 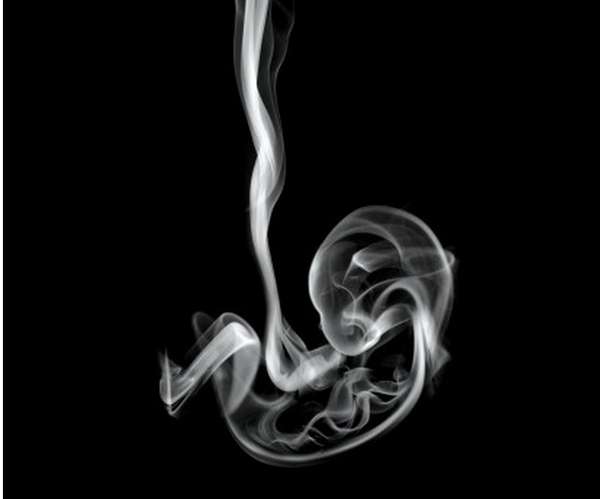 •       Maternal smoking produces a 2.7-fold increased risk for ADHD, and a dose-response relationship between maternal smoking during pregnancy and hyperactivity has been reported.

•       Prenatal alcohol exposure is known to induce brain structural anomalies, especially in the cerebellum. Children exposed prenatally to alcohol can become hyperactive, disruptive, impulsive, and are at an increased risk of a range of psychiatric disorders.

•       A systematic review identified five industrial chemicals that could be reliably classified as developmental neurotoxicants: lead, methylmercury, arsenic, polychlorinated biphenyls, and toluene. Deficits at 7 years of age that were linked to low-level prenatal exposures to methylmercury were still detectable at the age of 14 years.

•       Dose-related correlations were recorded between maternal exposures to chlorpyrifos or other organophosphates and small head circumference at birth which is an indication of slowed brain growth in utero and with neurobehavioural deficits that have persisted to at least 7 years of age.

•       In Australia, as many as 100,000 children under five years of age are estimated to have blood Lead levels high enough to cause health and behavioural problems.

•       Furthermore, calcium is an essential element for the proper development and function of the brain. Because lead mimics calcium, children living in a lead-rich environment can be absorbing larger amounts of lead in place of calcium.

•       Lead exposure from soils and dusts in the Australian communities is dominated by three sources: mining and smelting emissions, lead paint and lead petrol.

•       Arsenic emissions from smelters are highly toxic – there is no safe level of exposure. Although the effects of arsenic can take years to emerge, exposure is associated with skin lesions, damage to the peripheral nerves, gastrointestinal symptoms, diabetes, kidney disease, heart disease and cancer. A study of children living around a Mexican smelter also showed arsenic exposure affected children’s cognitive development.

•       Cadmium emitted from the mining and smelting operations can have harmful effects on the kidneys, the skeletal system and the respiratory system, and is a known cause of cancer. Even at low levels cadmium has also been associated with learning difficulties in children.

•       Among postnatal factors, there is a role for malnutrition and dietary deficiency in ADHD risk.

•       A growing membrane must be relatively fluid, and DHA is the most fluidising element in cell membranes. Even the synapses that are the primary functional units of brain circuits are made from membranes preferentially enriched in DHA.

•       One study compared 44 hyperactive children with 45 age and sex-matched controls. DHA levels were significantly lower in the hyperactive children, who also had auditory, visual, language, reading, and learning difficulties, and lower average birth weight compared to controls. Other researchers also found low levels of DHA and total omega-3 fatty acids in ADHD children compared with controls in an effort to raise DHA levels.

•       Low Mg levels have been reported in children with ADHD. In 116 children with diagnosed ADHD, 95% were found to have Mg deficiency (77.6% in hair; 33.6% in blood serum), and these occurred significantly more frequently than in a control group. Magnesium levels also correlated highly with a quotient of freedom from distractibility.

•       Iron levels were found to be twice as low in 53 non-anaemic children with ADHD compared to 27 controls with no other evidence of malnutrition; specifically, serum ferritin levels were abnormal (<30 ng/mL) in 84% of children with ADHD and 18% of controls (p < 0.001). Furthermore, low serum ferritin levels were correlated with more severe ADHD symptoms measured with Conners’ Parent Rating Scales, particularly with cognitive problems and hyperactivity.

The more we do as preventive medicine, the less likely we will develop health conditions later on, as well as providing our offspring the best possible chance of a strong basis for health.

There are a number of functional tests available through your natural health practitioner.  These tests help identify areas your body needs support in and enables the practitioner to provide a tailored treatment plan for you and prescribe quality nutritional supplements.