For those who question the validity of reducing, or even eliminating wheat, from the diet, here is an interesting article researched by Dora Ferreira, BHSc and Nutritional Medicine Student.

It is widely known and accepted that the protein gluten found in wheat (and some other grains) is the cause of coeliac disease, but research now also links diabetes and cardiovascular disease to the consumption of wheat products.  Diabetes and cardiovascular disease weigh heavily on the burden of healthcare in Australia, with data indicating the rates of diagnosis increasing.  There are 1 million people living with type 1 and type 2 diabetes in Australia, and over 3 million people above the age of 25 years are expected to have diabetes by 2025 if current rates continue.  The total annual cost of type 2 diabetes for Australians is up to $6 billion, leading the government to declare it a national health priority back in 1997.

A 2013 study investigated the possible causal link between gluten-altering healthy microbial gastrointestinal bacteria and Type 1 Diabetes.  The study found that epidemiological data suggests that early exposure of infants to cereals containing gluten may increase the risk of Type 1 Diabetes.  Type 2 Diabetes has also been linked to the consumption of a grain based diet.

Cardiovascular disease is the leading cause of death in Australia, responsible for over 43,900 deaths in 2012, averaging one Australian death every 12 minutes.  Interestingly, 65% of all deaths from cardiovascular disease in Australia occur in people with diabetes.  New evidence now points to the cardiotoxicity of wheat and the role of dietary lectins (carbohydrate binding proteins found in wheat, also known as Wheat Germ Agglutinin or WGA), may promote ‘the formation of fatty streaks and mature atherosclerotic plaque in the arteries.’  Processed carbohydrates such as flour made from wheat cause chronic inflammation of the arteries that leads to cardiovascular disease.  This opinion was also expressed in the ABC’s Catalyst program which aired November 13th, 2014.

Given the compounding body of evidence it would appear that Australians would benefit greatly by reducing the consumption of wheat products and increasing vegetable and fruit consumption.  Current figures show that 60-70% of Australians are consuming energy dense foods such as cakes and biscuits, but only 8.2% meet the recommended fruit and vegetable requirements.  This shows an alarming over consumption of wheat-based foods in Australia. 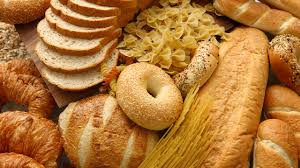 The benefits of eating fruit and vegetables are widely reported, including the reduction of type 1 and type 2 diabetes, cardiovascular disease and obesity, as well as the added bonus of increasing vitamin and mineral levels. Studies have shown that seven serves of vegetables a day can lower the risk of dying from diet-related disease by 42% when compared to eating less than one portion a day.

Wheat has always been a part of the Australian diet, but consumption of wheat based products in recent years has been increasing steadily, accompanied by an increase in diet-related diseases.