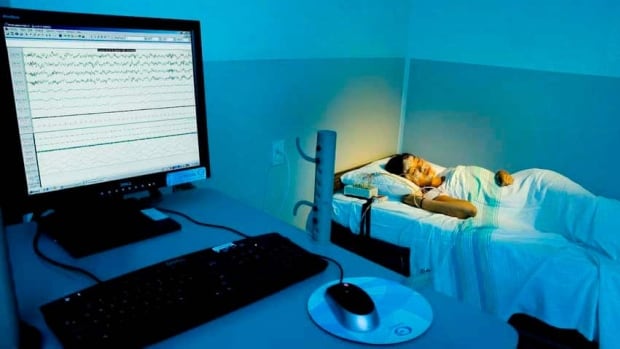 Most of us feel a good night’s sleep helps us function better during the day. But researchers are only now beginning to connect the dots between brain plasticity and the healing powers of sleep — and what happens to insomniacs when that sleep is disrupted.

“And basically you will develop some synaptic plasticity, some new synapses, new connections between neurons,” said Bourgin. “Then, like that, you can consolidate some learning memory, and you can eventually erase neural circuits that you are not using so much.”

Sleep-wake cycling is controlled by a brain structure called the hypothalamus, with light input from the retina, and by the tiny pineal gland, which secretes the neurochemical melatonin. Together, they synchronize a host of clocks throughout the body.

“Food, for example,” said Bourgin. “There is a food clock, because we are going to eat at specific time during the day. And we’d be hungry at a certain time, and less at other times. So there are clocks for many functions, and melatonin is going to synchronize this clock.”

When that synchronization is disrupted — as is the case for dysfunctional insomniacs — a patient may be referred to a sleep disorder lab.

Dr. Brian Murray is the director of the sleep clinic at Toronto’s Sunnybrook Hospital. Insomnia is among the top 10 reasons people visit a physician, Murray said. While the problem is sometimes chronic, lifestyle is more often to blame.

“Eating too close to bedtime, not having a dark, quiet room,” said Murray.

“Light activates the retinal-hypothalamic tract in the brain, so if you’re looking at a light source or computer screen up close, close to bedtime, it’s sending a signal to your brain to wake up. The opposite of what you want at bedtime.”

“Synaptic organization changes in sleep so dramatically,” he said. “People who have had a stroke, for example, when they are recovering — there’s other areas of the brain that could participate in that neural network that helps you move your arm again properly, or speak. Lousy sleep will impair that recovery. So the idea is, what can we do to optimize that recovery through improving sleep?”

Researchers are just beginning to understand the extent of the damage insomnia can cause. A 2009 mice study from the University of Washington, for example, suggested fragmented sleep may have a link to Alzheimer’s disease.

On the other hand, by promoting natural brain plasticity, solid sleep may stave off dementia, epilepsy and neurodegenerative disease.

An average of eight hours of sleep each night is more than just restorative, the research suggests — it’s crucial for healthy brain function, especially as you grow old.